E'a, Chronicles of a Dying World

David M. Fitzgerald's E'a: Chronicles of a Dying World is one of the more obscure digest-sized unofficial supplements to early D&D, little known even in the community of its day. E'a did warrant a blurb in Heroic Worlds (1991), and now even has an RPGGeek entry, so it cannot be considered entirely forgotten, but very few were printed. As with many small-press items of this era, trusting the 1979 copyright date inside the book is risky at best -- but through equally-obscure catalogs, it is possible to establish roughly when it became available.

Read more »
Posted by Jon Peterson at 7:53 AM No comments:

As another anniversary of the birth of Dungeons & Dragons passes, let's look back 48 years to the heady days of 1974, when the idea of dungeon adventuring had only just started to capture the imagination of gamers at large. Alistair MacIntyre had long run "Operation Contact" for the International Federation of Wargaming, so he knew everyone and viewed the release of D&D with some interest -- though he confessed, "I don't have the time or knowledge of fantasy to participate in your underground adventures." He was however "fascinated by the dungeon mazes," and came up with a number of devious dungeon layouts that he photocopied and shared directly with Gary Gygax and others that summer of 1974. Above you can see a dungeon entrance from the wilderness that MacIntyre proposed -- and at the bottom of the cut below, there's a little trick from Gary himself as well. 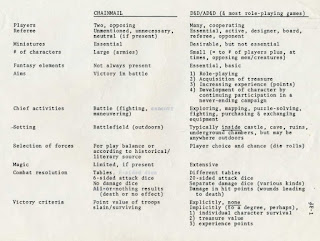 This single piece of paper constitutes the entirety of the understanding between TSR and the authors of the 1975 Greyhawk supplement: most significantly, it covers a copyright assignment to TSR and an agreement from TSR to pay royalties based on "the cover price of the game rules or game on each and every copy sold." It is quite short, having been drafted pro bono by Gary Gygax's uncle at a time when Tactical Studies Rules was still a partnership, and D&D had sold perhaps 1500 copies. This language is of especial interest because the same form was used for the 1975 D&D contract, and famously Dave Arneson would later sue TSR on the grounds that his rights to royalties extended to titles like the Holmes Basic Set and the AD&D hardcover books. This is a major focus of Game Wizards.

Over the next five years, TSR refined the language of their new agreements to be clearer about what rights authors were assigning, and for which sales they would receive compensation. I am definitely not a lawyer, but I am going to offer below a few layman's thoughts about the evolution of TSR's contract language during this period. 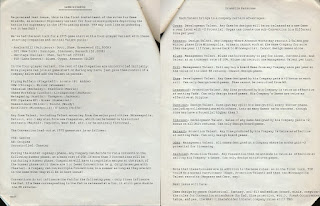