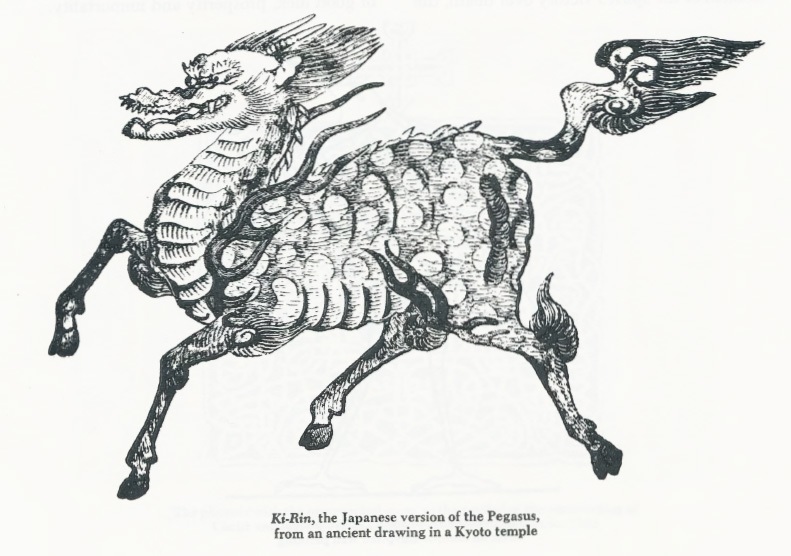 When we study the monsters that populated the early setting of Dungeons & Dragons, sometimes we're at a loss to identify any particular source for them. The basilisk, for example, might have come to gaming through any number of fantasy authors or encyclopediae of mythology. But other times it's very clear from whence monsters came. Take the case of four lesser-known creatures from the Monster Manual: the Ki-rin, Shedu, Couatl and Su-monster. All debuted in Eldritch Wizardry (1976), and all have a mythological pedigree, but all certainly owe their appearance in Dungeons & Dragons to a particular work: Ernst and Johanna Lehner's A Fantastic Bestiary (1969). An image of the Japanese mythological creature the Ki-rin, probably the most famous of the four monsters, from that book is shown above. A thorough analysis of the Fantastic Bestiary demonstrates that its influence goes back much farther, to the very dawn of role-playing games.