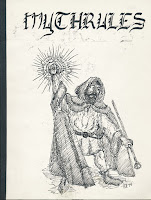 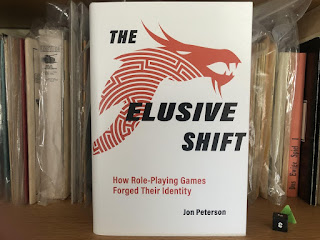 Since Playing at the World came out, I've been asked now and again about extending its historical timeline for just a few more years. After toying with a few potential approaches to that, I ended up writing The Elusive Shift, which focuses on what gamers meant when they called something a "role-playing game" once that term came into fashion. Thus, The Elusive Shift is first and foremost an early history of RPG theory, and an exploration of whether the 1970s community succeeded in delineating a new genre of games from previous practices -- which is the "elusive shift" in the title. The book is also my love letter to the many small press games and fanzines through which gamers explored the possibilities of this new genre in the first five years of its existence.
Read more »
Posted by Jon Peterson at 12:57 PM 24 comments: