Gaming the Battle of the Five Armies 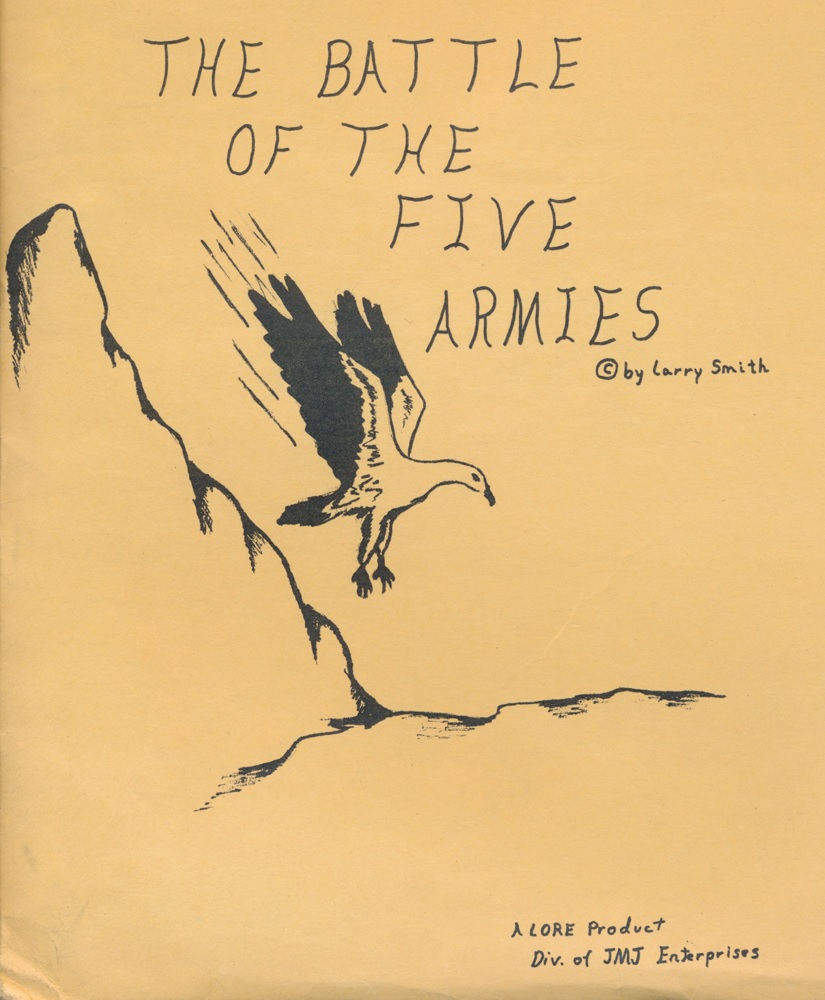 Years before companies preemptively exploited transmedia opportunities, before computers made games a primary part of any media strategy, it was up to the fans to make game versions of their favorite stories. Stories could move from novels to the big screen, but commercial tie-in games, when they appeared at all, invariably recycled the play of familiar children's boardgames. Yet great war stories demanded wargames, and the boldest fans brought their wargame designs to the market heedless of the consequences. Here in the tussle between fans and rights holders, between hobbies and commercialization, with a hint of corporate intrigue thrown in the mix, lies the story of gaming the Battle of the Five Armies.