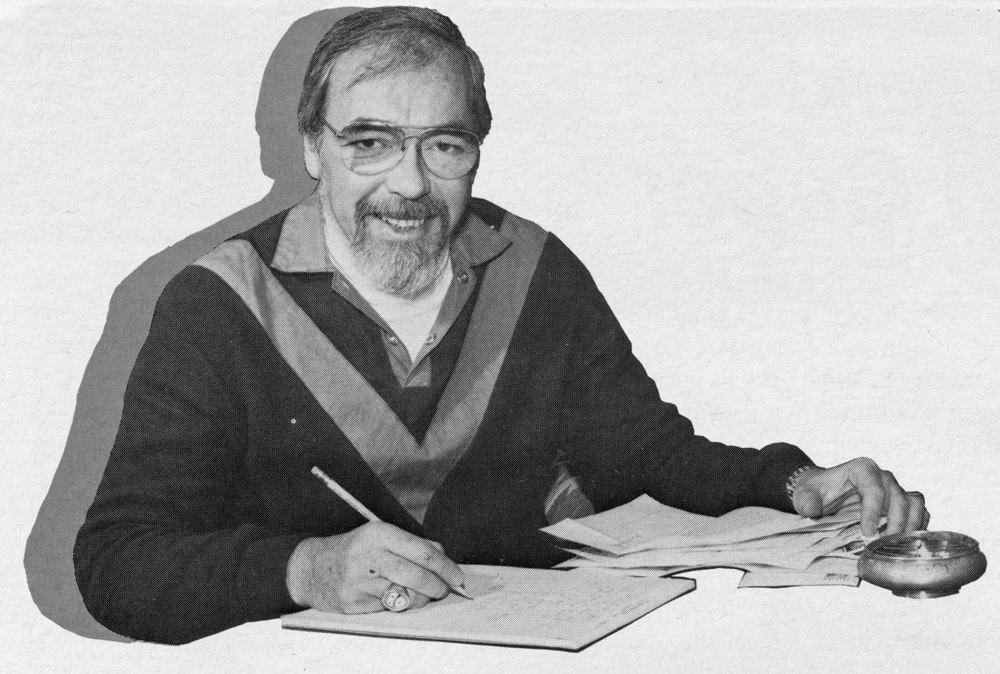 Yesterday was Gary Gygax's birthday: an occasion to celebrate his achievements and successes. Today, I'm releasing a long piece about another, less cheerful part of his story: the upheaval of TSR's corporate governance which ultimately led to Gygax's ouster in 1985. I have noticed over the years that there has been some confusion about the details of company ownership, structure, and performance which led to this turn of events. I therefore spent some time building a historical record based on the evidence as I see it today. You can read it here:

The Ambush at Sheridan Springs

I tried to keep the narrative high level and uncluttered with footnotes, so there are a number of details that would benefit from further explication. Below we will consider just one of them: the situation that, in 1981, TSR was named one of Inc. magazine's ten most profitable privately-held companies due to an apparent misrepresentation of their revenue.

It might seem simplest to chart TSR's rise to stratospheric profits by graphing a few data points extracted from contemporary sources like that Inc. article. But there are often difficulties in assessing exactly how much money TSR made in a given year. This owes to several factors, the most important of which is that the company was privately held, and therefore reported revenue and profit without the sort of oversight that accompanies the activities of public-traded companies. Over time, in statements to the public, various executives reported different figures for a given year: sometimes, very different figures.

The years 1980 and 1981 were especially problematic for TSR's financial reporting. From a number a bit north of $2M in 1979, sales leaped dramatically in 1980 as the Dungeons & Dragons fad took hold of America. Just how dramatically is unclear in retrospect, however. We know that the figure that Inc. magazine reported was $16M: an eightfold increase over the previous year. As we see, this placed them sixth on the Inc. ranking for privately-held companies by 1980 revenue growth.

Where did this number come from? The Inc. methodology at the time, as they describe it, "relied on voluntary data generally accepted as strictly confidential." Any information was "verified through signed statements from company officers, support material from outside professionals, and telephone interviews," though Inc. recognized that its list for private companies cannot be called "definitive" because many companies stay private "to avoid having to reveal financial information." This at least suggests that TSR officers must have provided a signed statement to the effect that their 1980 revenue reached $16M.

But we know that TSR officers later painted a more conservative picture of 1980 revenue: in 1983, the Wall Street Journal reported that TSR earned only $8.7M. We also begin to see talk in TSR internal documents of how revenue doubled between 1980 and 1981, even though 1981 revenue estimates ranged from $14-18M [*], which would point to a number close to the $8.7M range for 1980. It wasn't until the very end of 1981 that Inc. published their 1980 list, and no doubt TSR provided its affidavits to Inc. at a time when revenue was rising still higher.

So what happened here? Did TSR intentionally overstate their 1980 earnings, or did they misunderstand them and then revise them after the fact? Were the figures given in 1981 perhaps more indicative of 1981 earnings than those for 1980? There's no doubt that TSR's sudden success took the company by surprise, and it's possible that they arrived at the figures they gave to Inc. in error. We do know that this recognition was a considerable source of publicity and pride for TSR. They even redistributed the Inc. letter of congratulation to all employees and placed a framed copy in the company lobby. 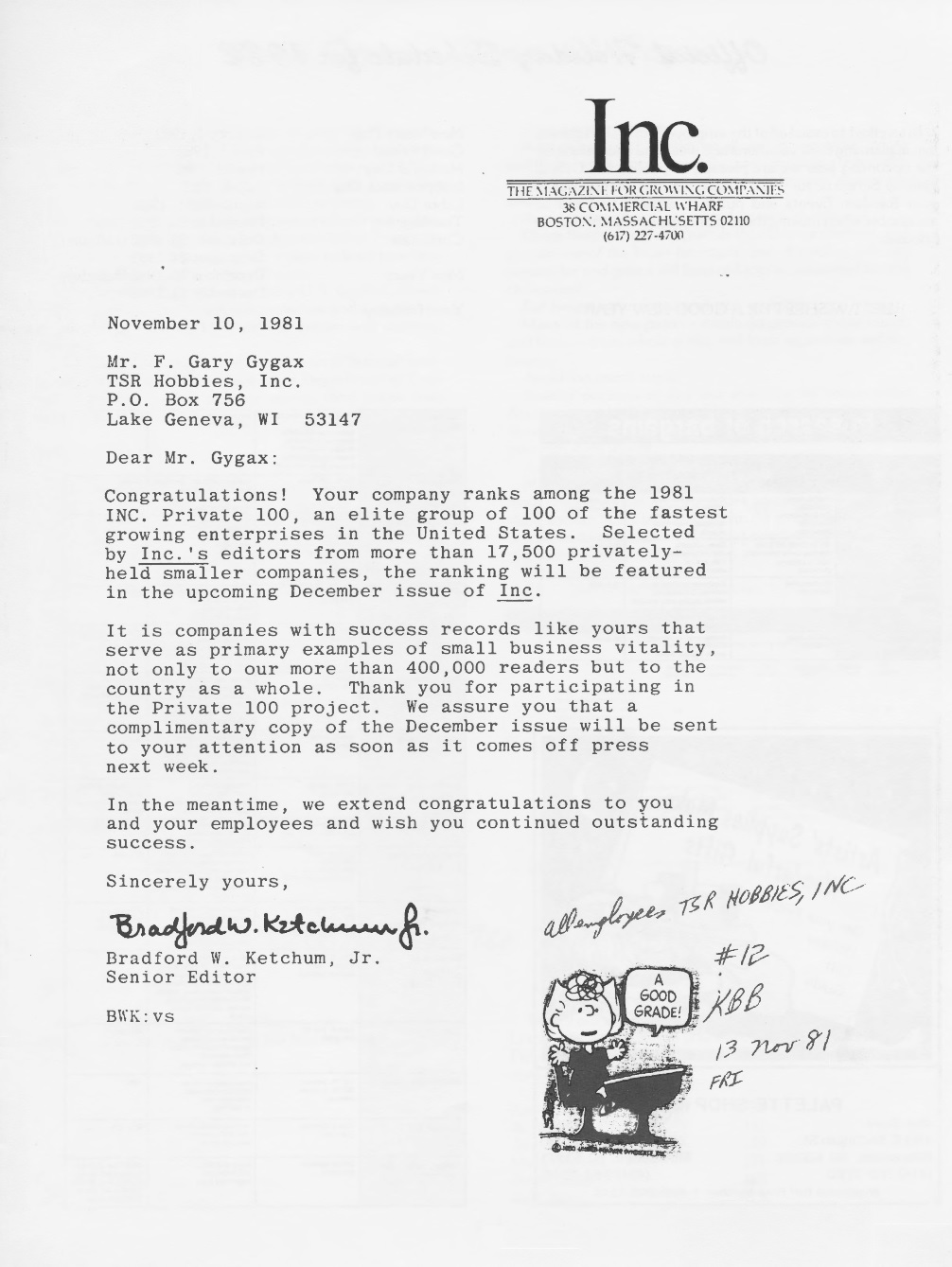 Whichever way we explain the dubious figures, TSR made an impressive amount of money in 1980 and 1981. It wouldn't be until 1982 that declining revenue became a subject of serious concern, which came to a head in the spring of 1983 and resulted in the fracturing of TSR Hobbies into four separate companies. For more on that, see the "Ambush at Sheridan Springs."

[*] 1981 is confusing because TSR changed the end of their fiscal year from September to June (yearly reporting  earning in June was more common for companies in their sector), which led to an abbreviated nine-month fiscal 1981 year and therefore some confusion in revenue reporting: do you extrapolate a yearly figure from those nine months, add on an extra quarter from either side, or just report the base figure? This too may have retroactively contributed to the confusion about 1980.
Posted by Jon Peterson at 4:34 PM