Early in 1980, TSR Hobbies circulated a slender booklet containing graphics and copy for hobby stores to reuse when advertising TSR products. It was called the Print Advertiser's Source Book. Effectively, it is a collection of high-contrast clip art, showing TSR products and logos in various sizes redrawn and optimized for monochrome printing. Retailers wanted these specialty graphics for advertisements in black-and-white newspapers: photographs of actual TSR product covers converted poorly to that medium. They are ripe for reuse in all sorts of retro graphic projects.

The Print Advertiser's Source Book provided "stylized line drawings" for the most important products of the day: the flagship D&D releases like Holmes Basic and the three hardcover AD&D titles available to date, TSR's other RPG releases like Gamma World, Boot Hill, and the latest Top Secret, as well as board games ranging from Dungeon! to Snits to Fight in the Skies (not yet renamed Dawn Patrol) to Divine Right. 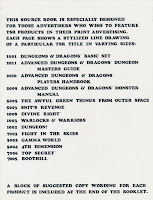 TSR distributed the Source Book as part of a broader program that incentivized retailers to place advertisements: in 1980, TSR was willing to credit retailers for an advertising budget costing up to 5% of their total yearly invoices with TSR. Advertisements had to be consumer-facing, appearing in newspapers or magazines, employing the provided graphics along with the trademark Dungeons & Dragons or the TSR logo prominently displayed. This program effectively recruited hobby stores to do press on TSR's behalf. The booklet contained images for all of the listed products; these logos and D&D samples (given here in high resolution) should give a sense of how they looked. 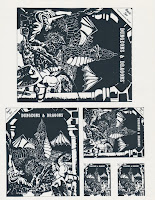 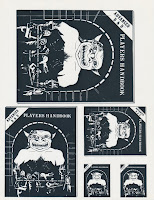 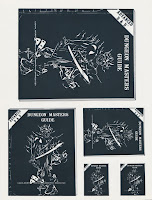 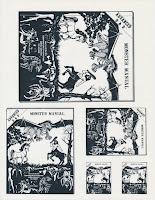 In case retailers were at a loss for words, TSR also had some recommendations for how to describe these titles in advertisements: 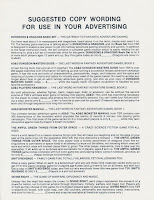 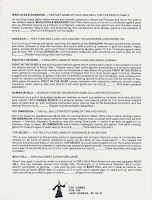 Sharp-eyed readers may have noticed that the "Something To Do" store ads above has a slightly different redrawing of the Players Handbook in their advertisement, without the yellow band in the upper left corner, and with empty eyes. TSR produced several versions of this press kit over time. As TSR released new products, they would accompany with them new line-art graphics that retailers could use in black-and-white ads, like this one from later in 1980 for the World of Greyhawk: 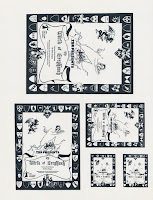 When this was first posted, there was a contest to make up a circa-1980 fake hobby store advertisement for Basic or AD&D sales--or both--using the art elements in the Print Advertiser's Source Book, mashed up with whatever other elements would make the coolest ad. The prize was a vintage flyer [see picture here]. The winning entry is shown below!

Previously on Vintage Ads: Does Your Shop Sell Military Miniatures?

P.S.: I got the idea for the contest because I felt compelled to make this: 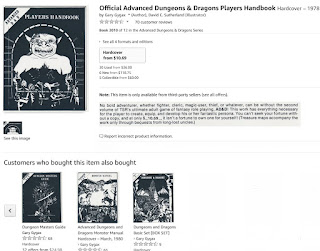 The winning entry, from Corey Winn: 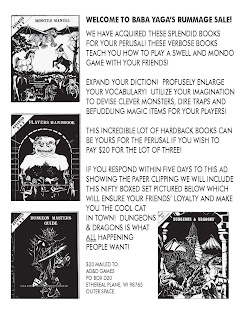