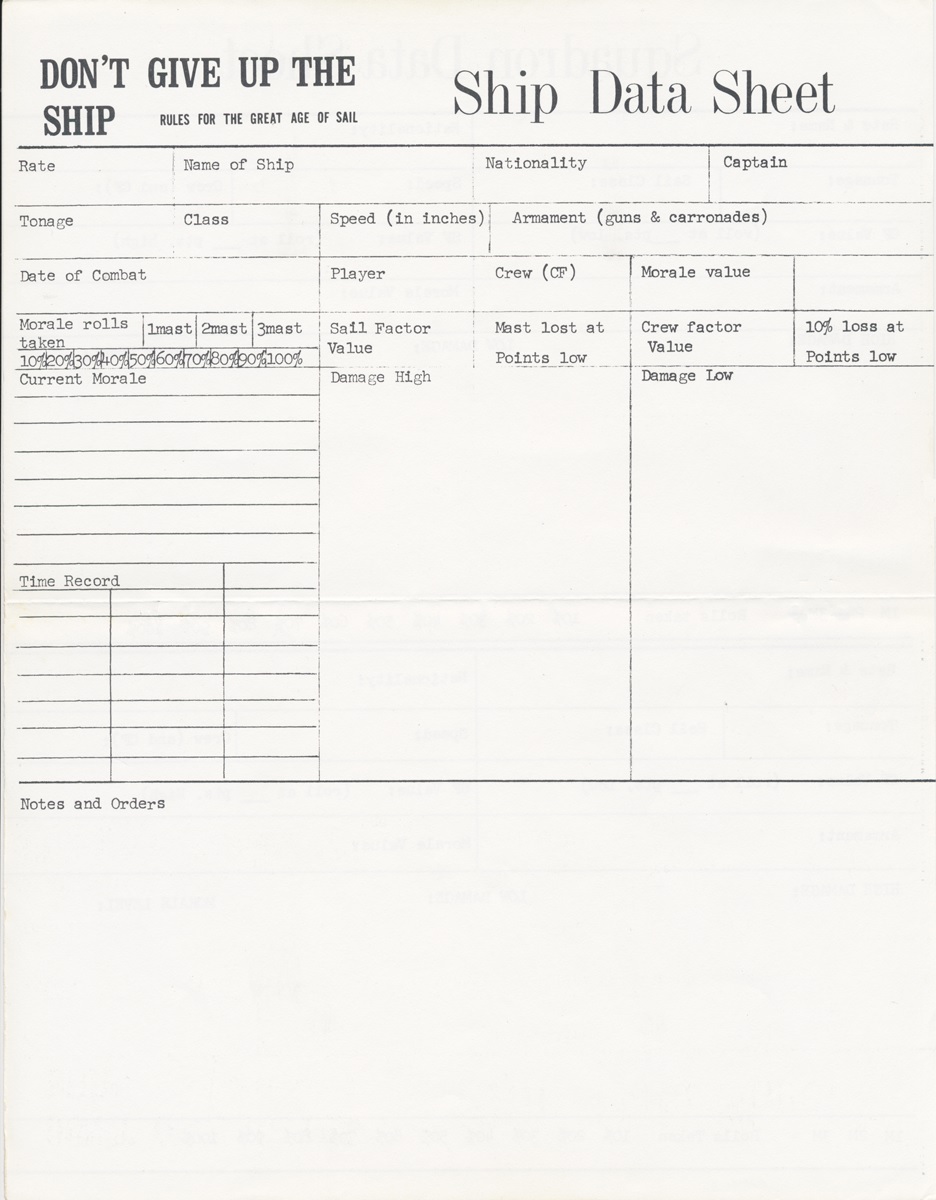 Early strategy games minimized the need for keeping records about game elements. In chess, for example, all knights are identical: none are innately stronger than any other and they all move in precisely the same way. Moreover, there is no concept in chess that a unit might be damaged but not destroyed, and as such players do not need to keep track of any fact about the state of a knight other than its position, which the chessboard handily provides.

Once wargames aspired to a deeper level of simulation than chess, the changing states of units required a system of annotation. In the Reiswitz 1824 kriegsspiel, a handy chart accompanies the game which permits the referee to track numerical losses sustained by each unit. At the beginning of the game, the referee designates a pin corresponding to each unit in play, and then sticks these pins into the appropriate (for infantry, cavalry and artillery) category's starting location on the sheet. When a unit takes damage, that unit's pin is then moved to a dot on the sheet that reflects the number of losses sustained. An excerpt gives a sense of how that looked: 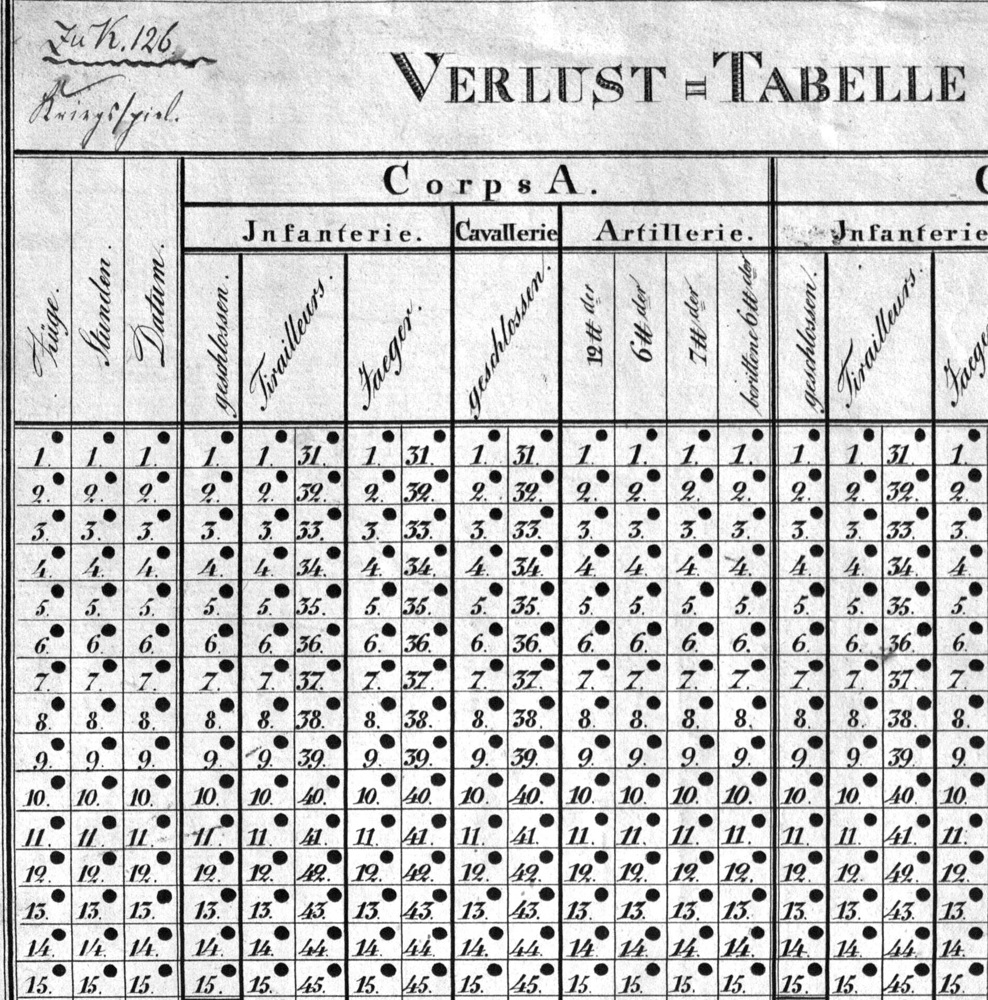 In retrospect, measuring only losses is a very coarse record for a game unit, but in Reiswitzian kriegsspiel troops of a type were not otherwise differentiated in power, movement, and so on. This style of record-keeping therefore remained the norm throughout the nineteenth century: we can find virtually the same system for unit losses in Totten's Strategos (1880), a game which would exert a large influence over Arneson's Twin Cities circle nearly a century later. A referee uses Totten's Table W to track losses by moving blue and red pins between numbered dots after combat: 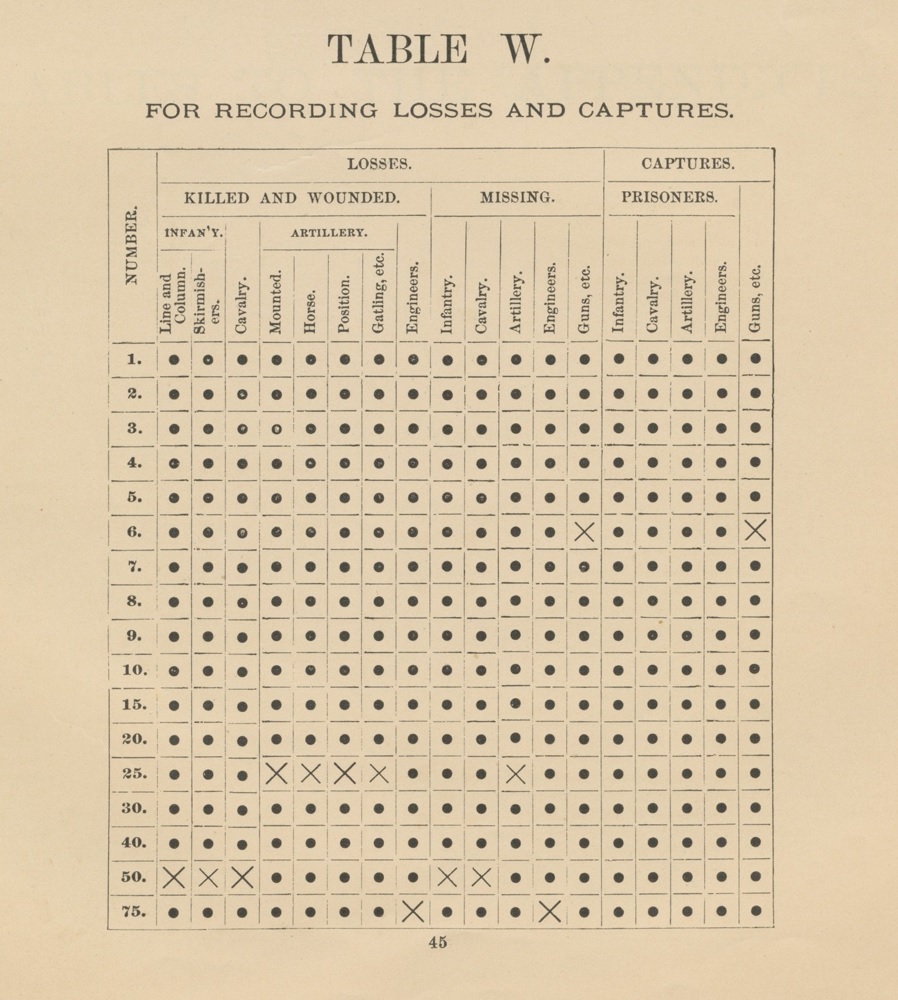 It wasn't until the level of simulation deepened further that sheets would track game units individually, rather than in the communal fashion pioneered by Reiswitz. Credit for inspiring this direction must go to Fred T. Jane, whose famous yearly compendium of Jane's Fighting Ship began in 1898 as a means to identify and categorize the worlds' navies of his day. Since Jane's ship classification system factored into a naval wargame of his own invention, he devised an elaborate notation for specifying the armor and armanents of ships: 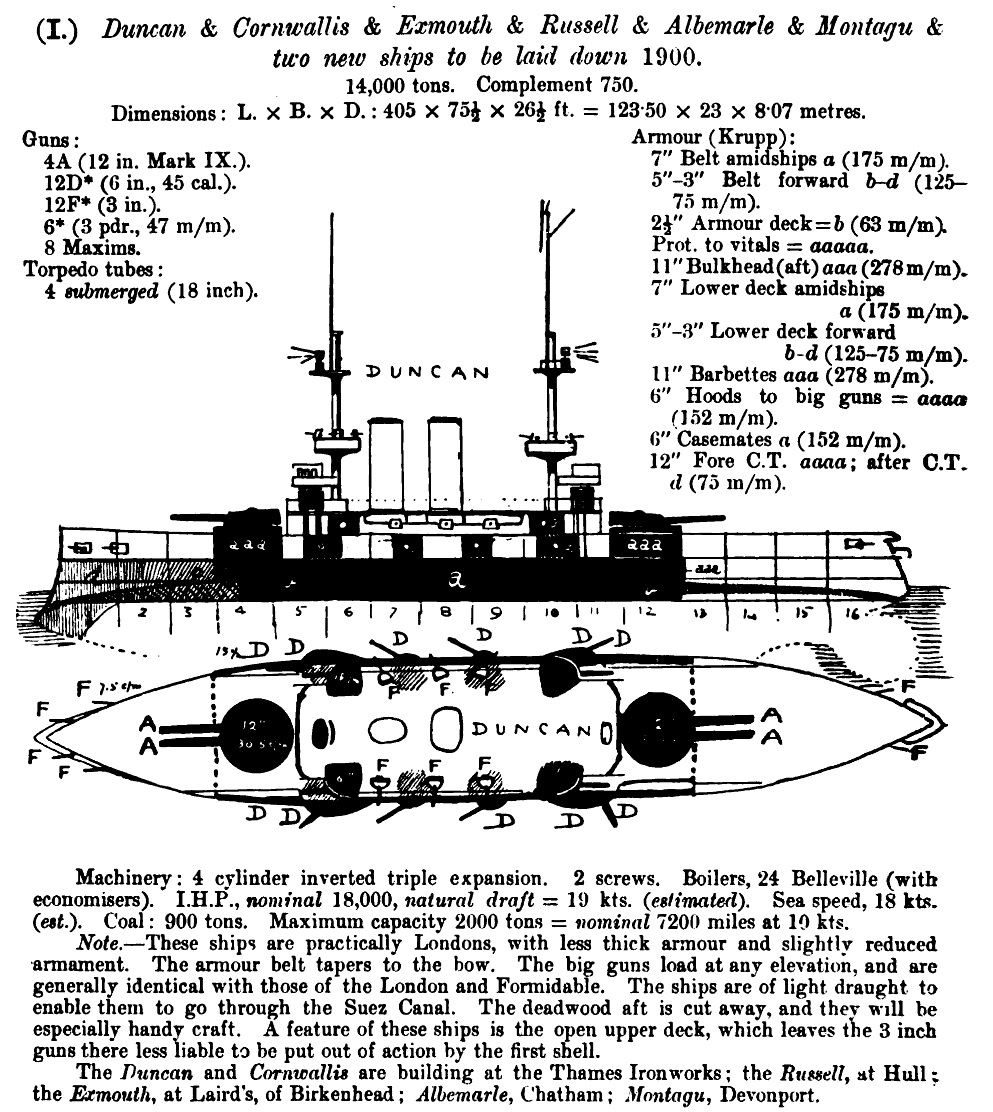 Jane captured the appearance and capabilities of a ship in a page of thickly-encoded text. While his naval wargame never became especially popular, Fletcher Pratt adapted its notation for the wargame he ran in Manhattan in the 1930s and 1940s. In Pratt's wargame, each player controlled a single ship, and each ship was described by a "ship-card" - effectively, the ship served as a character, as an atomic entity that existed as a surrogate for the player in the game world. Each player maintains their own ship-card, and as a ship withstands hits, Pratt instructs that "damage is noted on the card." We can see an example of a Pratt ship-card below from the late 1960s, printed on an early computer:

The front of the card (shown at top above) gives the ship's statistics; the back shows how the ship's performance degrades as it endures damage. Pratt's game was a favorite of Arneson's, and when he met Gygax in 1969, they agreed to collaborate on naval rules for the Great Age of Sail. It wasn't until two years later that they began circulating pre-publication drafts of their new game, and the published Guidon Games version of Don't Give Up the Ship didn't appear until 1972. In Pratt's tradition, their new game required players to manage the state of their ships on paper. But even before the game hit the market, hand-drawn "ship data sheets" circulated in the Twin Cities, like this one - recognizably hand-drawn by Mike Carr, who co-authored the game with Gygax and Arneson: 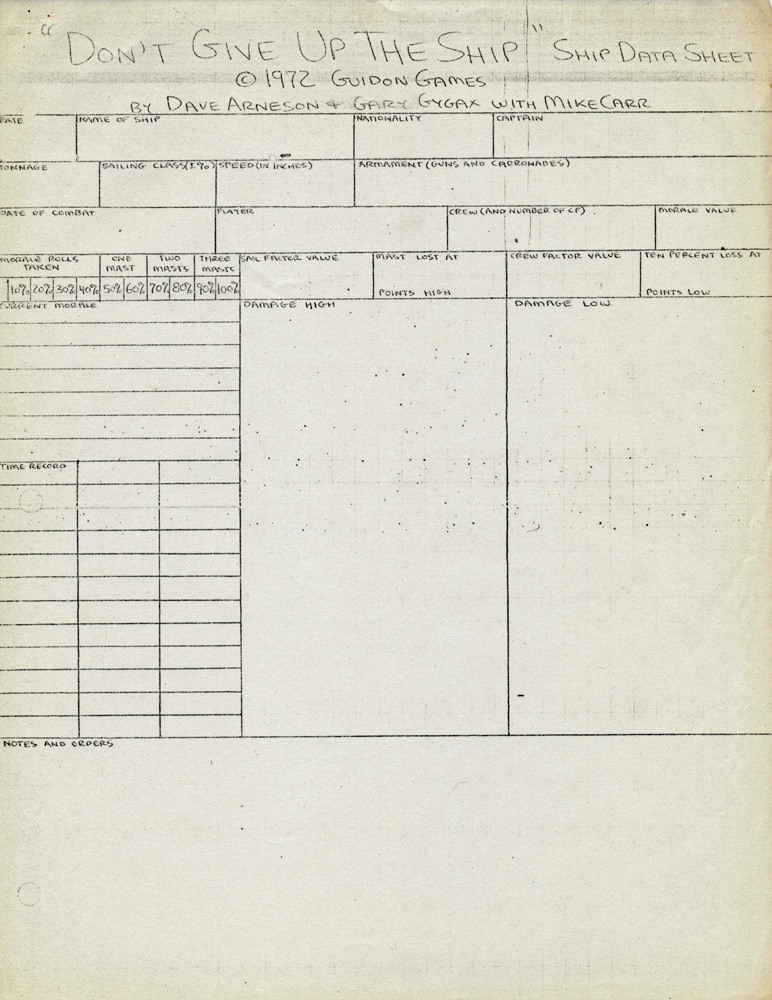 On these sheets we see fields for not just the name of the ship, but also that of its captain and the player. That reflects how the level of simulation had deepened still further, down to the point where the game now brought individual characters into the mix. These homegrown sheets were in use at the time when Arneson's Napoleonic-era naval wargamers also participated in his new Blackmoor campaign, at the dawn of dungeon adventuring. Blackmoor characters each had a handmade sheet recording their characteristics and progress, in a manner surely indebted to the wargaming tradition.
Posted by Jon Peterson at 12:47 PM