Following on the official release of the Dungeon Master's Guide, and thus the completion of the core 5th edition Dungeons & Dragons rulebooks, Wizards of the Coast has put up a new timeline of the history of Dungeons & Dragons on their web site. It replaces an older one dating to shortly after the turn of the millennium, which had been cited by numerous Wikipedia articles--but which unfortunately contained a few inaccuracies. I worked with Wizards to clean these up and provide a sturdier historical account of the game for today's readers.

I signed up for this at PAX East this past spring, when I had the chance to meet with Mike Mearls, who oversees Dungeons & Dragons development at Wizards. Mike attended a panel where I appeared along with Dave Ewalt and Ethan Gilsdorf to honor the 40th anniversary of Dungeons & Dragons. Afterwards, he dropped by the book signing, at which time I snagged this kinda blurry selfie of him and I: 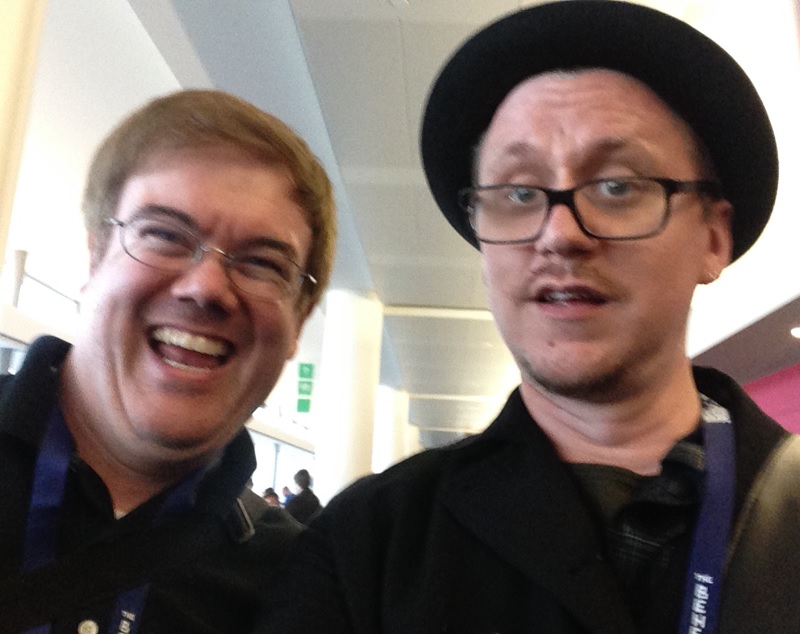 I remember Mike joked that I was the only other person who had done as much work on Dungeons & Dragons in the past five years as him. As I had Mike's ear at dinner, I got to talking about a pet peeve of mine: that timeline. As I lamented then, the first six entries were totally wrong, and it didn't improve so dramatically after that. There were just too many sources online that departed from the narrative of Playing at the World by pointing to that timeline as a reference, and because it appeared on the Wizards site it counted as "official." Probably to get me to shut up about it, Mike agreed to connect me up to the right people inside Wizards.

Naturally, as someone historically-minded, I was interested not only in revising the timeline but also in researching where some of the original entries went astray. After comparing the dates to likely culprits, it was pretty clear that the website's timeline drew from the TSR Silver Anniversary booklet, which gives a history of TSR up to 1999, shortly after Wizards acquired the company. But before we lay the blame on Wizards for getting facts wrong, we can clearly see the the Silver Anniversary book drew on an earlier, internal TSR timeline from 1995, as excerpted here. 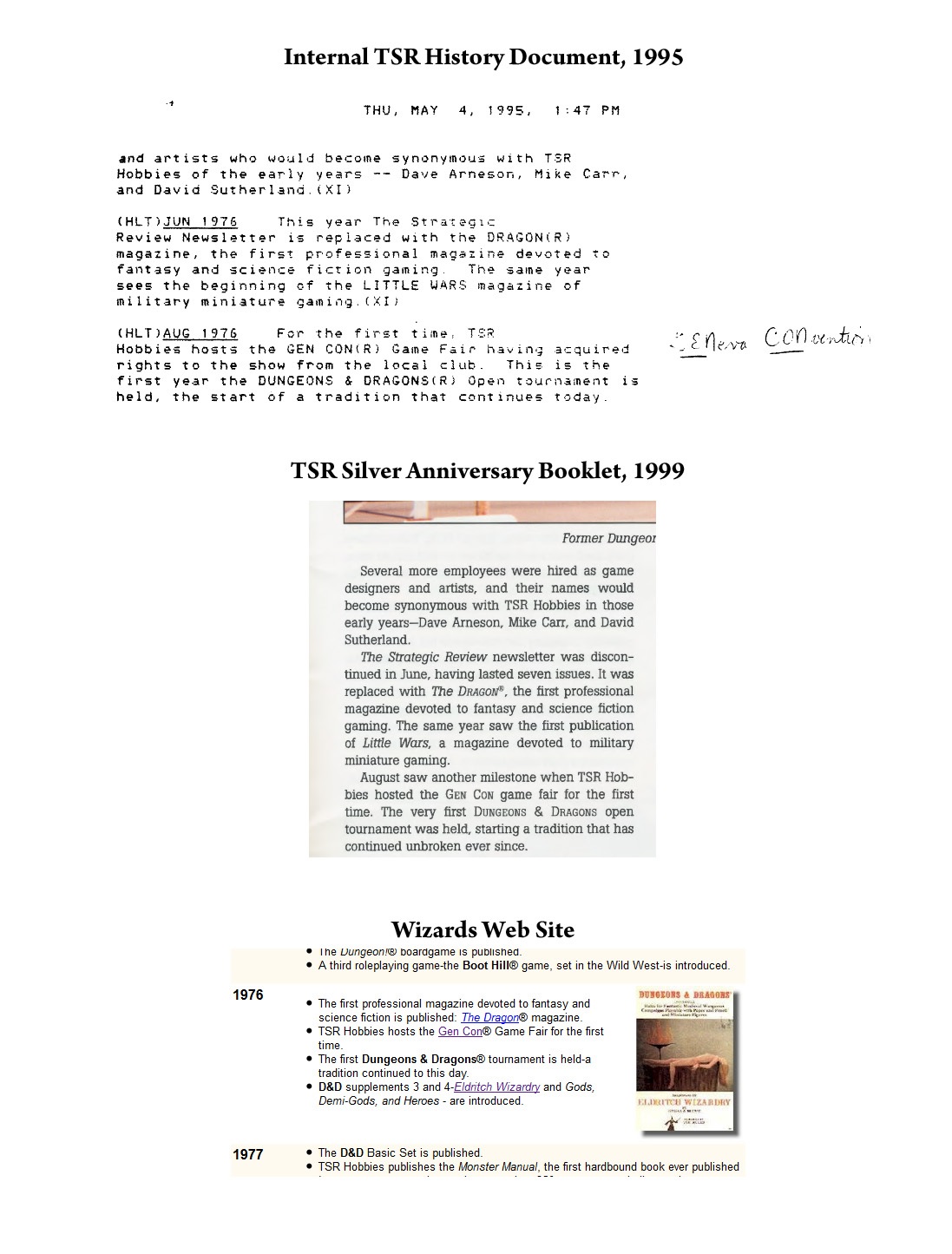 If we look at the entries for 1976, we can see an example of the breakage here: it says that TSR first hosted Gen Con that year, when in fact they were already footing the bill in 1975. But probably for most readers, the details of how things got broken are of less interest than the way they got fixed. Mike put me in touch with Bart Carroll at Wizards who I worked with to get a new version online. We narrowed the scope of the former timeline, which originally dealt with some titles other than D&D, but also expanded it up to the present. Hopefully the new version is an improvement, and will serve as a solid reference for online citations going forward.

When I was working towards publishing Playing at the World, Wizards very generously let me use some images they own in my book, and for that I remain grateful. Now, I am doubly grateful to Mike and all the folks at Wizards for including Playing at the World in the recommended reading list (Appendix D) of the new Dungeon Master's Guide!

I also want to say thanks to a few people who looked over this timeline in advance, including Bill Meinhardt and Peter Adkison.